Our focus is on integrating differences

We promote the integration and development of human capital through listening and understanding differences and valuing diversity and inclusion. 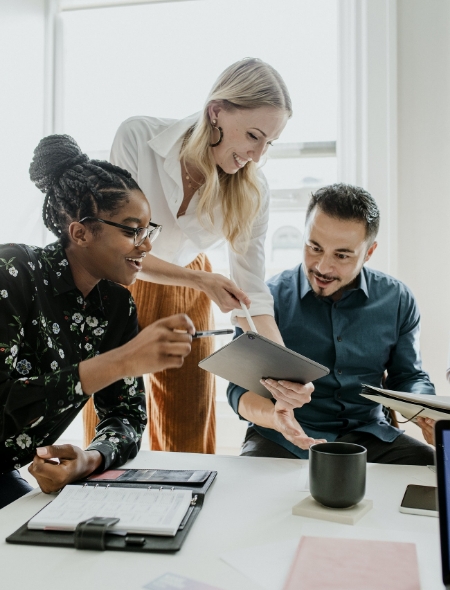 Differänce is a cultural intelligence development company. Through trainings, workshops, lectures and even cultural tourism, we develop the skills needed to relate and work with people from different cultures.

Cultural diversity in organizations is a great source of synergy, but it can also pose risks in terms of attitudes and behaviors. In a scenario where the expatriate costs 2 to 3 times more than a local employee, with only 25% of expatriates achieving the success expected by companies, cultural adaptation issues are the main causes of the failure of within a expatriation assignment. (Harvard Business Review, 1999).

Our purpose, therefore, is to facilitate the international experience making the adaptation process faster, more productive and happier.

Through intercultural trainings, we seek to transform the challenge of culture shock into a beneficial resource for the internationalization of people and teams.

Mariana Barros is an interculturalist, who holds a master’s degree in International Relations from the San Tiago Dantas Program (PUC / SP, UNESP and UNICAMP) and graduated in International Relations at PUC / SP. Mariana lived, worked and / or studied in France (1997/1998), the United States (2001) and Equatorial Guinea (2009). Founder of Differänce Intercultural, she was a founding member and president of SIETAR-Brasil, and has 20 years of experience in the area of intercultural consultancy, diversity, equity and inclusion.

Fluent in Portuguese, English and French, Mariana Barros was the first ambassador for the virtual platform for expatriates InterNations. From 2013 to 2020 she coordinated intercultural trainings for immigrants and refugees arriving in Brazil through a SIETAR-Brasil project in partnership with MISSÃO PAZ. More than 15,000 people have benefited from this project. In 2016 she participated as a speaker at TEDx São Paulo “Mulheres que Inspirar” with the theme: “Learning to Deal with Difference”.

Throughout her career, Mariana has established partnerships with intercultural consultants with extensive international experience working in Brazil and abroad who assist her in conducting the programs and delivering services. 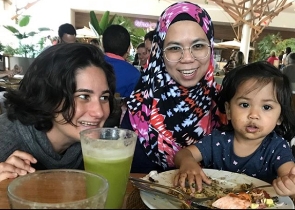 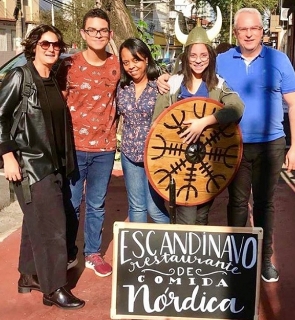 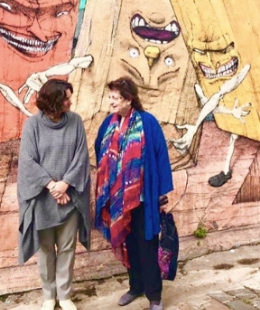 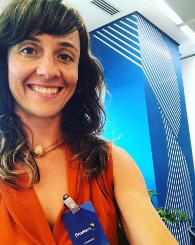 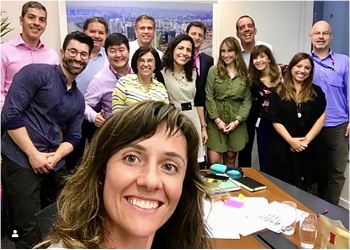 Adrienne Sweetwater, originally from the United States, has worked in the intercultural communication field for ten years.

She holds a master’s degree in Intercultural Relations from the University of Pacific in Stockton, California, in conjunction with the Intercultural Communication Institute in Portland, Oregon and graduated from Pitzer College with her bachelor’s degree in International Intercultural Studies. Adrienne has lived, worked and studied in Ecuador (1998), Spain (2006), India (2007), the United States (2007-2015) and Brazil (2015 – present).

Adrienne is a member of the SIETAR-Brasil Board of Directors and specializes in the application of the Personal Leadership® facilitation methodology. In partnership with SIETAR-Brasil, she provides and coordinates volunteer trainings in cultural adaptation for refugees and immigrants for multiple non-profits.

Training for expatriates and their families, multicultural teams, monocultural teams which interact globally, global leaderships and professionals exposed to globalization.

Preparation of specialized cultural content for companies and organizations​

Intercultural experience on the spot

Cultural Adaptation for Expats: A flight in constant turbulence

How important is it to have people in our lives? Asking for help while adapting to a new culture.

What are you doing to strengthen your company's cultural intelligence?

This website uses cookies to improve your experience while you navigate through the website. Out of these, the cookies that are categorized as necessary are stored on your browser as they are essential for the working of basic functionalities of the website. We also use third-party cookies that help us analyze and understand how you use this website. These cookies will be stored in your browser only with your consent. You also have the option to opt-out of these cookies. But opting out of some of these cookies may affect your browsing experience.
Necessary Always Enabled

Any cookies that may not be particularly necessary for the website to function and is used specifically to collect user personal data via analytics, ads, other embedded contents are termed as non-necessary cookies. It is mandatory to procure user consent prior to running these cookies on your website.